Contact tracing is one of the best ways to slow the spread of a disease such as COVID-19, but how to trace who has been near who has brought up fears about privacy and tracking, and not just tracing. Schools have been trying to trace which students have been near other students in order to contain outbreaks, and digital contact tracing offers the best and quickest way to do this.

Proximity of Devices vs. Tracking Locations

This is essential: Find tech that does not track the users' actual locations. Many of these devices for contact tracing look only for each other. In other words, if the devices can communicate, they are close enough to warrant concern if someone in the proximity tests positive for COVID. But that's all the devices should look for: each other, without creating a map of movements.

Digital contact tracing can take a couple of forms. One is a smartphone app that requires the phones have Bluetooth on, and the other is a Bluetooth-enabled card that people wear around their necks. If you can, go for wearable cards. First, these eliminate the need to have a smartphone – and, guaranteed, not everyone at your school has a smartphone. In some cases, it's because of cost, but sometimes people just prefer to use an old flip phone. Second, if you have students and staff download an app, you could find more resistance from families who don't want to do what they might see as giving you access to their kids' phones. Third, some people don't want to keep Bluetooth activated on their phones. A separate wearable card would be much preferred in these instances.

It may be best to limit the tracing to school property only. If you try to trace the students as they leave the school and go home, you risk being accused of invading privacy and tracking their location, even if you're using cards that track only which other cards are nearby. Look for cards that offer geo-fencing, in which a virtual "fence" is created, past which the cards won't work. If you can reassure parents that the cards will work only on school property, you may face less resistance from reluctant families.

Contact tracing doesn't have to invade privacy. By keeping the device separate from any personal devices and by limiting the device's data use to just knowing which cards were nearby, you can help put parental fears to rest. 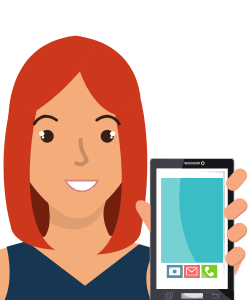 For quite some time, I was concerned about how to make things better regarding technology in my household. I started thinking about what I could do, and a friend of mine mentioned that updating my home tech could really help. We started making those changes, and within a few weeks, my home felt a lot more modern. I made this blog to spread the news about how great technology can be, and why you need it in your life. From televisions to home automation systems, the right tech can make a big difference with your existence every single day. Check it out!

Boost Your Business By Implementing Enterprise Resource Software
22 November 2022
Is your small business not so small anymore? Do you have growing or more complex needs that you want to stay on top of? Have you had issues with maint …

Benefits Of Working With A Cell Tower Consultant When Dealing With Leases
18 August 2022
Cell phone tower companies are constantly looking to expand to improve network coverage for people. If you own land where a company is looking to expa …

4 Positive Things Businesses Can Expect From Hybrid Cloud Solutions
24 May 2022
Businesses that want to review their IT needs should consider whether they are buying expensive hardware like servers. They are likely to discover tha …